There are ‘new and compelling reasons’ why the Government should scrap plans for a Strategic Rail Freight Interchange (SRFI) on the site of the former Radlett Aerodrome, Daisy Cooper has told the House of Commons.

She was speaking in a debate (1 September) on the proposed Park Street rail freight terminal, instigated by Daisy after St Albans District Council was “held hostage” and forced to abandon its own plans to build housing on the site. 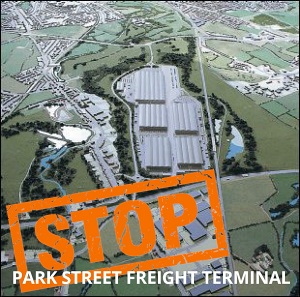 “What it means if it goes ahead is that 3.5 million square metres of green belt—the size of 490 football pitches—will be converted into a massive rail and lorry park with warehouses, lorries, container storage, HGV parking and so on,” she told the House.

Daisy pointed out that it is “just not possible” to include a massive rail interchange the size of 490 football pitches and meet the Government’s target to build more than 14,000 homes over the next 16 years in the St Albans area while also protecting the greenbelt.

And she requested details of any impact assessment carried out by the Government on the London Gateway container terminal, which has opened on the Thames since the Park Street depot was first proposed and has since led to plans for an SRFI site at Howbury Park, near Dartford, to be dropped.

Daisy also highlighted the disruption to rail commuters caused by the need to enlarge tunnels at Elstree and near Kentish Town, as well as the impact on roads and local village communities.