Emergency action to stop irreversible damage to the planet over the next 10 years was the policy pledge championed by Daisy Cooper, the Liberal Democrat candidate for St Albans, at a general election hustings on the environment. 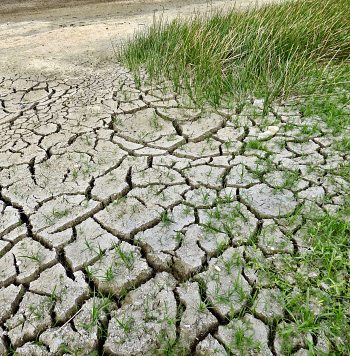 “We will take emergency action to plant 60 million trees a year, ensure 80% of our electricity comes from renewables, and ensure that every home in Britain is properly insulated – starting with those living in fuel poverty,” Daisy told the audience at Trinity Church in St Albans.

“This should be the climate crisis election – but it’s not. It’s a Brexit election. We have 10 years to stop irreversible damage to our planet. Just 10 years. That’s why we have to stop Brexit and focus instead on fixing the climate emergency now.”

Ambitious net-zero goal
She is proud, Daisy said, that the Liberal Democrats have set an ambitious goal of net zero greenhouse gas emissions by 2045 at the latest – a target endorsed by Friends of the Earth and WWF – and strong interim targets too.

And she attacked the Conservative’s record on dealing with the emergency, as reported in July by parliament’s Committee on Climate Change.

“They said the Conservative Government had only delivered on one of 25 critical policies and, with only 10 years to go, the Government’s approach to tackling the climate emergency was like a Dads’ Army operation,” said Daisy. “That really worries me.”

Stop fracking to limit fossil fuel extraction
Asked how she’d make sure the UK government leads the way in gaining global agreement to limit extraction of fossil fuels, she said the first thing that’s needed is to stop fracking.

“I've never supported fracking, and Jo Swinson and every other Liberal Democrat has said that we’re against fracking.

“Secondly, we do need to increase subsidies for renewables, and three, we need a green investment bank, so we attract private money to help in the development of new energy sectors.”Lastly, she said, we need to use our international influence.

Clear choice in general election
“If we can stop Brexit, we can use our influence in the EU to encourage every EU country adopt a net-zero policy, and make sure we have really strong green goals in all our international trade deals.”

In St Albans, in this general election, there is a very clear choice, she said.

“The choice is between me and the Liberal Democrats, or the Conservative.”