Daisy joined members of the Salmon Disabled Swimming Club of St Albans, which celebrated its 50th anniversary by throwing a party for its
members, including two who took part in the first swimming sessions half a century ago.

The MP for St Albans joined the anniversary celebrations at the Charles Morris Hall in Tyttenhanger, St Albans, on Saturday, 4 September, along with Anthony Rowlands, chair of the public realm committee on St Albans district council. 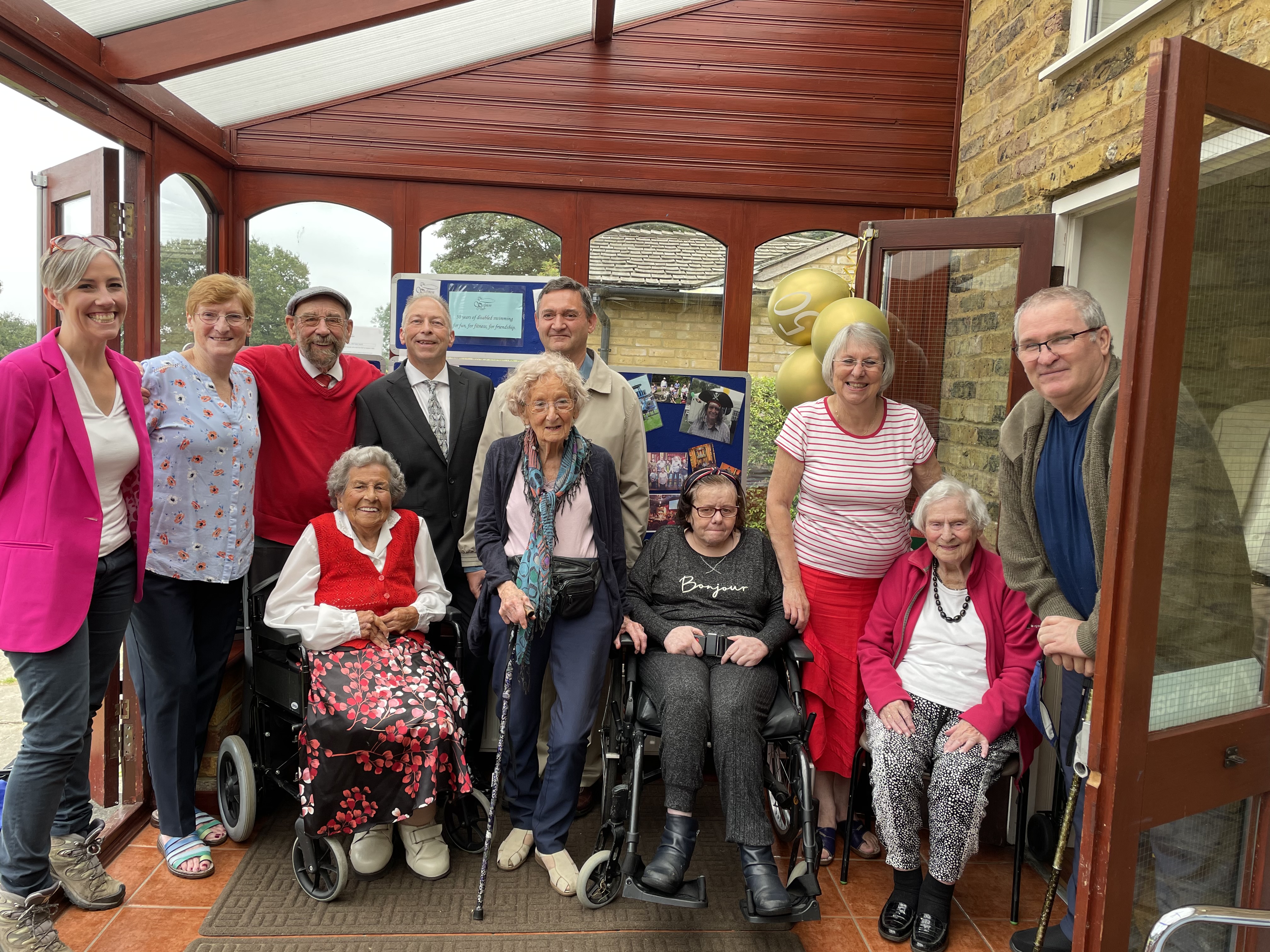 The Salmon Club was founded in 1971 at the time of the building of the first Westminster Lodge sports facility in Verulamium Park and members have enjoyed pool time on Saturday afternoons ever since, with the support of St Albans district council.

Some of the founding members are still active within the club, having given many years of service to the needs of the disabled, including 100-year-old Penny Goodsell (pictured centre) and Russell Linton (pictured behind), who attended one of the first swimming sessions.
David Hickson, the club’s acting chairman, said: “The club has been enjoying record attendances since swimming sessions restarted in July after a pause of a year and a half due to the Covid pandemic.

“I’m delighted to say we’re adding new members every week and we’re now building up to take part in the St Albans Rotary Club Swimathon on 23 October. We’re hoping to improve on the previous event, which raised more than £2,500.”

David Hickson added: “Our motto is ‘for fun, for fitness, for friendship’, which is a fair description of the opportunities the club provides for the disabled, or those recovering from illness, operations or injury to swim safely.

“We not only offer members a chance to meet for a swim but also to catch up with friends in a safe environment.”

The club is currently on the lookout for more friendly volunteers to help to meet, greet and register members, and to act as poolside spotters to ensure the safety of swimmers and helpers in the water.

Daisy Cooper MP said: “It was lovely to join veteran and new members to celebrate the Club’s 50th anniversary and to hear how the club is going from strength to strength.

“Some of the long-standing members told me about how they’ve developed life-long friendships through swimming, and many of the newer members who joined this year told me that they feel they have more freedom at this swimming club compared to others.

“I was really struck by the fact that whilst the members span a huge range of ages and disabilities, it has a real sense of family, so I wish the club and its members all the best for the next 50 years."