The climate crisis is the biggest issue facing the world today. Emissions from aviation are particularly harmful given that they are emitted high in the atmosphere. Britain should not be expanding climate shredding airports in Luton or anywhere else.

St Albans residents are already facing broken peace and sleepless nights from increased flights concentrated overhead. Residents have never been properly consulted on this and are set to be overlooked again. This has a real effect on stress, mental wellbeing and quality of life.

We have 10 years to save our planet, according to the latest reports. We must stop expansion of airports like Luton and invest instead in new technologies to drive a green economy that boosts business but also protects our future.

As your MP I would campaign in parliament to oppose any plans to expand Luton airport and for the current policy of expanding airports to be cancelled. In the meantime, I will be submitting a response to the current consultation calling for the plans to be halted. 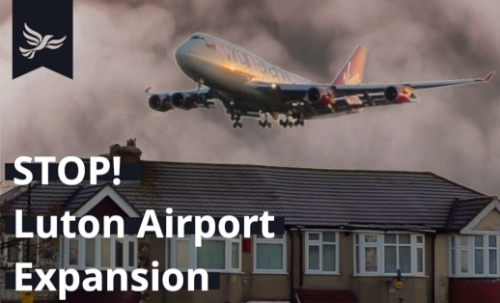