Daisy was made aware of the problem by Verulam Pharmacy in St Albans, and her research revealed a bigger problem across the country.

By the end of September 2021, fewer than one third of the 4,733 pharmacies in England that applied to take part in the booster vaccination programme have been accepted. Of these, just 1,336 community pharmacy vaccination sites were actively providing the service as of 3 December.

On average pharmacies are having to wait more than 6 weeks for applications to be approved by NHS England, with at least one waiting as long as 78 days – two and half months.

Verulam Pharmacy applied in July to become a vaccination centre only to be rejected with no reason given. After applying a second time, the rejection given said that the government had “enough capacity”. Following Daisy highlighting the delays, it has since been approved as a vaccination centre.

Dixit Patel, pharmacy manager at Verulam Pharmacy, said: "The government's decisions of which pharmacies to approve to become COVID vaccination centres seemed completely arbitrary - some pharmacies that were granted centre status are smaller and have less capacity than Verulam Pharmacy. Whoever was making these administrative decisions clearly either didn't research this or think to carry out site visits. 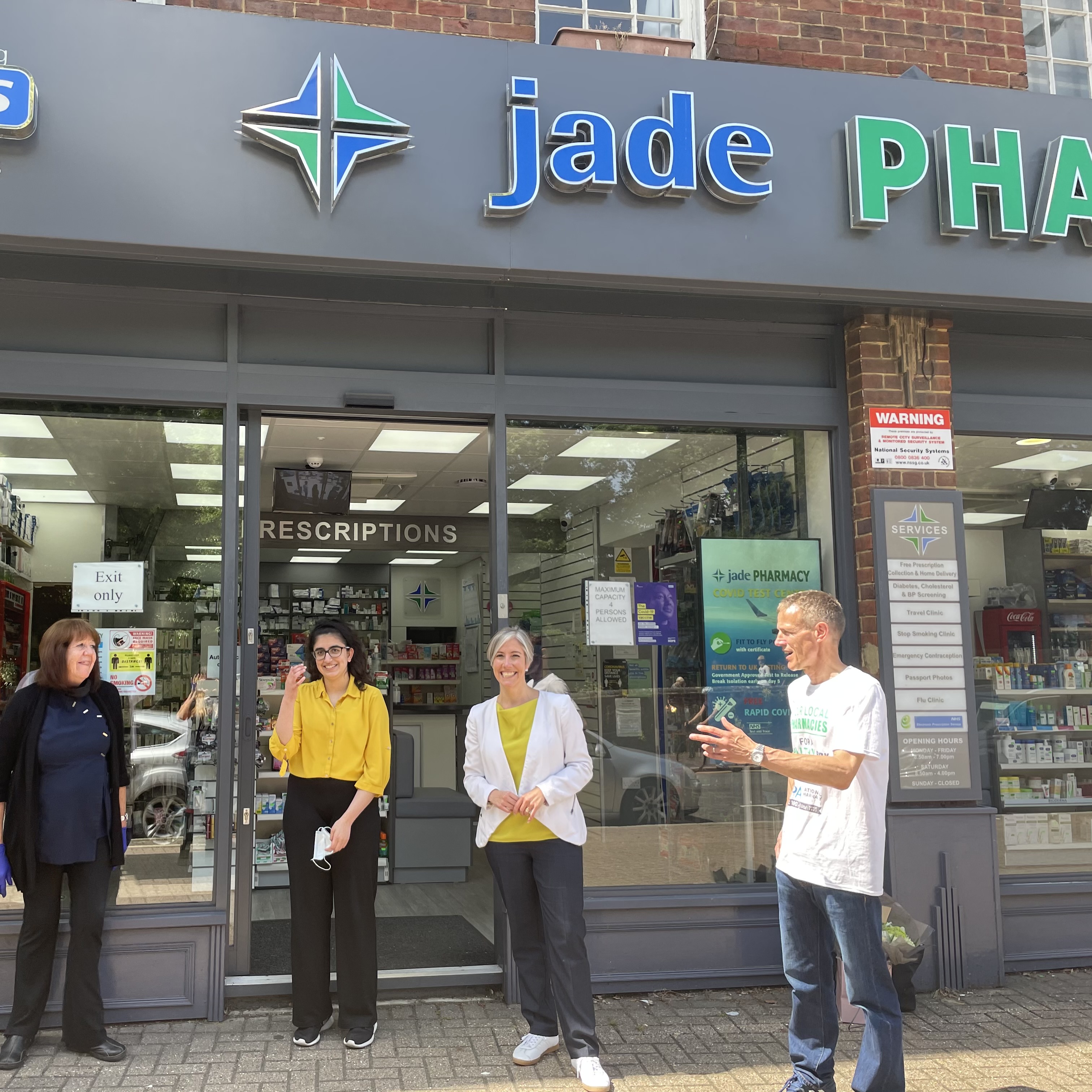 "But regardless of size, all community pharmacies are extremely well-placed to offer vaccinations - here at Verulam Pharmacy we already give hundreds of flu jabs per week over the winter season. Having appli

ed to give COVID jabs back in July, it was frustrating to have our applications rejected, particularly when walk-in clinics in villages have seen big queues and GPs were roped into help, putting extra strain on local surgeries.

"I'm glad that my pharmacy has now been approved as a vaccination centre following Daisy raising awareness of this issue, and I look forward to being able to join in the COVID booster roll-out effort."

Daisy said: “Community pharmacies can play a critical role in getting boosters into arms in the coming weeks, while taking pressure off our GPs and NHS staff.

“So it is staggering that some pharmacies applied several times to help provide booster jabs only to be rejected, while others have waited a shocking 78 days to be approved.

“Ministers completely took their eye off the ball on the booster programme which has left millions without vital protection. Sajid Javid must now get a grip of this crisis, ensure NHS England speeds up the application process and deals with these bureaucratic delays.

"Every pharmacy that has applied in the past should be given an opportunity to take part in this critical national effort.”

Gareth Jones, director of external affairs at the National Pharmacy Association, which has its headquarters in St Albans, said: “Pharmacies have been central to the Covid vaccination programme, Our partnership with the NHS on vaccinations has protected many millions of people, and everyone from local NHS teams to the pharmacists and our brilliant volunteers have been working very hard.

“Many more pharmacies have offered to help but still await approval. While sensible steps have been taken to increase capacity in the current pharmacy sites, it would be a massive own-goal to overlook the many other pharmacies wanting to join this great national effort.”