Daisy Cooper MP has asked the Government to commission a report into sustainability, noise and air pollution at London Luton Airport before the airport’s expansion application is reviewed.

The request – in the form of a written parliamentary question to the Transport Secretary – asks for the report to be commissioned from the Civil Aviation Authority (CAA), with which Daisy met recently to discuss its new functions. 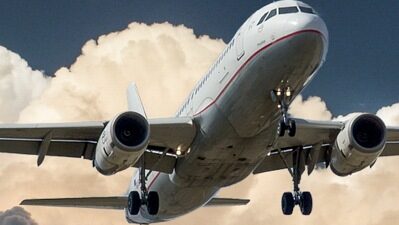 The CAA is set to take over some of the responsibilities of the Independent Commission on Civil Aviation Noise (ICCAN) (which closed at the end of September), and will be researching and advising on airport noise, including reporting on noise impact.

However, the meeting revealed that the CAA won’t be taking over the function of challenging the Government on its aircraft noise policies. It also won’t be picking up the community engagement role of ICCAN relating to specific airport noise issues, which is expected to be taken on by the Department for Transport in some capacity.

As a regulator, the CAA doesn’t have enforcement powers relating to noise. It is currently establishing a joint Sustainability Panel to examine carbon, pollution, noise issues, to be up and running by April.

Daisy requested a meeting with the CAA as soon as the ICCAN stopped operating in September – but that meeting was able only to be held last week.

Daisy said: “Not only is the CAA unable to hold the Government to account in the same way ICCAN did, but it’s hugely disappointing that there was a months-long gap where neither body had responsibility for researching and monitoring aircraft noise impact.

“The noise from Luton Airport has disrupted the lives of many of my constituents, and those who live on the outskirts of St Albans, for years now, and in light of the expansion application it’s really important that these noise levels are monitored.

“Last December, I asked for the Transport Secretary to review the expansion application and to prevent local authorities from issuing a final decision on a planning application until the review was finished. It’s now essential that he obtains a sustainability report from the CAA on carbon emissions, air and noise pollution in order to inform that decision.”