The MP for St Albans and the chief executive of a St Albans-headquartered early years association are supporting calls for Reception Baseline Assessments – which are given to children aged four in schools – to be abandoned.

Daisy Cooper and Early Education chief executive Beatrice Merrick both attended a rally last week in support of campaign group More Than A Score, which is calling on education secretary Nadhim Zahawi MP and  Minister of State for School Standards Robin Walker to stop the assessments.

The rally started with a gathering at Parliament Square where Daisy spoke with parents, children, and campaign organisers, and continued to Downing Street to hand in a petition with more than 112,000 signatures. 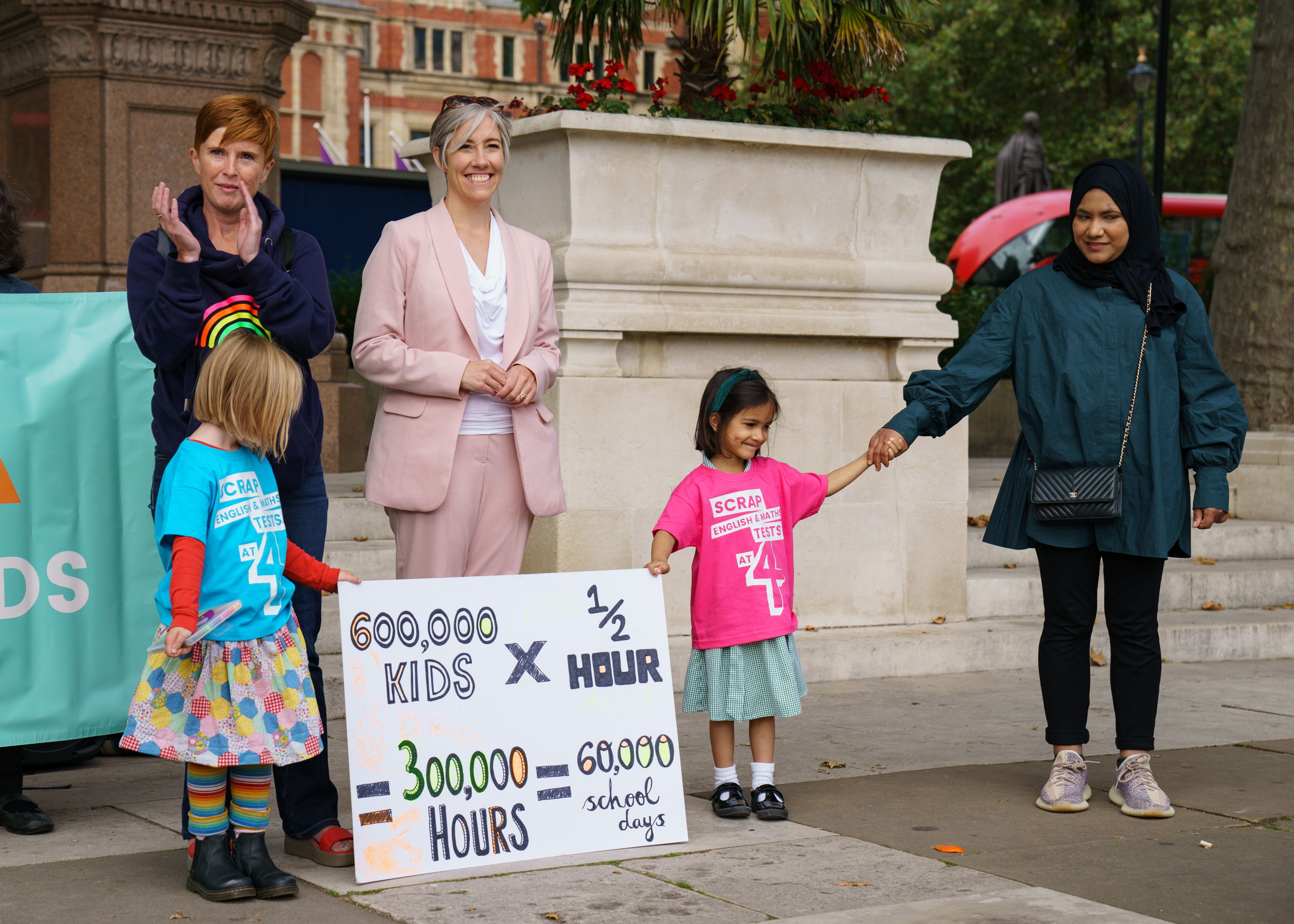 Reception Baseline Assessments are given by taking children out of the classroom one-by-one and asking a series of questions with right or wrong answers. The results are not shared with schools or parents but are held for seven years and then compared with SATs scores in order to measure schools.

The rally happened the same week as the publication of the results of ‘The Big Ask’ survey from the Children’s Commissioner, which accounted for the views of 500,000 children in England – more than half of whom said that having good mental health was a priority for them.

Daisy Cooper MP said: “Baseline testing means the conveyor belt of testing is now starting at the age of four. Children will have only two primary years when they will not have to face a high-pressure government test.

“Now the number of statutory tests has been doubled in the current school year. During a week when the Big Ask report has revealed that mental health is a priority for our young people, this petition from More Than A Score reveals the huge number of parents and teachers that feel that this constant testing of children is doing anything but prioritising their mental health.

“Right now, children who have already missed out on so much school will miss yet more – for every child in England, the tests will take 300,000 hours, or 60,000 school days, to complete. That's time which would be far better spent by teachers observing children and really getting to know them. These unfair tests must be abandoned now.”

Beatrice Merrick said: ““Early Education supports the More Than a Score campaign to scrap the Reception Baseline Assessment, because our members in schools and nurseries across the country tell us that it’s pointless, time-consuming and takes them away from helping children settle in and start to learn.

“It doesn’t give them any helpful information as it’s not designed to.  It’s just a government box-ticking exercise.  Do we really want to judge primary schools by comparing results from a 20 minute test in children’s first few weeks of school with their Year 6 SATs?  Do we want children’s early experiences of primary school to include being taken aside and asked to do a test of literacy and maths?

“We say government needs to scrap the Reception Baseline and focus on getting children learning.”